On September 14, Volunteer Fire Company 3 presented Billy and his wife Robin Schultz with a donation of $ 1,000 to the Hunters CMT4B3 Research Foundation, a 501 (c) (3) charity, founded by the Schultz family to raise awareness CMT and fund research to find treatments for CMT4B3 and related neuromuscular disorders.

In May 2020, after a three-year diagnostic odyssey, Hunter was diagnosed with an extremely debilitating neuromuscular disease: Charcot-Marie-Tooth disease type 4B3. Doctors said there was no cure or treatment. They told the Schultzes to go home, love Hunter, and come back in a year to monitor the progression of this wasting disease.

Untreated, Hunter’s muscles will gradually waste away and he will not be able to move his legs, arms or hands. He will suffer painfully from complete paralysis, deformities of the limbs and possibly become blind.

Rather than sit back and watch Hunter slowly deteriorate, the family promised Hunter not to abandon him no matter what obstacles stood in their way.

Hunter is your typical 4 year old social child who enjoys playing in the garden, swimming and playing with his match cars. He wears orthotics to stabilize his walking and glasses for vision. When he was born, he appeared to be a healthy little boy. Unfortunately, like many genetic diseases, there was no sign that anything was wrong to begin with. A few months after his birth, his parents noticed that Hunter was missing certain stages of his development, late to roll over, crawl, and then walk. However, all of his doctors have told them “to wait, he will make up for it”. After three years of searching for answers, they were totally caught off guard when the geneticist called with the devastating diagnosis of CMT4B3 and said to “prepare for what we read on the internet”. 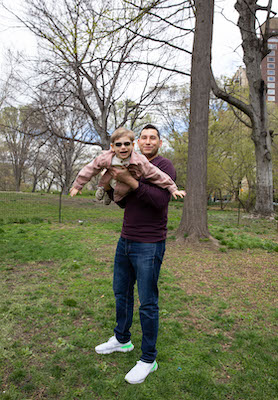 The Schultzes sat in front of the computer day and night contacting scientists around the world. They immersed themselves in research to learn all they could about CMT4B3 and the rapidly evolving field of gene therapy.
They learned that a coding error in a single gene, known as SBF1, made an important protein in Hunter’s body non-functional. They found that the scientific community was making amazing discoveries to correct genetic mutations and heralding daily breakthroughs and new medical treatments. It was possible that by using gene therapy, they could stop the progression of the disease. It was also possible to reuse an existing drug approved by the FDA as a treatment.

In just a few months, they read hundreds of articles, spoke with physicians around the world and organized the first CMT4B3 International Research Symposium in which more than 25 renowned scientists participated. Over the course of a day, they created a research roadmap and treatment plan. Now they are running against the clock and doing all they can to find a cure.

The sad truth is that rare disease research is almost entirely parent-driven and funded. If they want to find a cure, they have to find scientists and fund their research.

CMT affects approximately 3 million people worldwide and approximately 150,000 people in the United States. It affects the same number of people with multiple sclerosis and 10 times more than ALS (Lou Gehrig’s disease). CMT is the most common peripheral nerve disease that no one has ever heard of! Symptoms of CMT usually begin in the third or fourth decade of life, caused by the deterioration of the protective coating around the nerves. This is called neuropathy. Hunter was born with neuropathy, which is why his type is classified as a severe-rare early-onset form of CMT.

To find a cure, they founded the Hunters CMT4B3 Research Foundation to bring hope to thousands of children with early-onset peripheral nerve disease. In less than a year, they founded a non-profit organization, established a world-renowned scientific advisory board, became a patient resource with the Peripheral Nerve Society, have two gene therapy projects underway, established a bioreference and a CMT4B3 registry, are in the process of developing preclinical tools, including CMT4B3 mouse models and advanced targeted research projects led by experts at renowned hospitals and universities around the world. 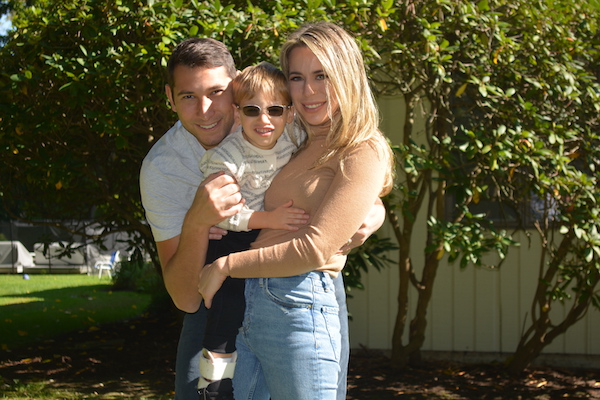 They are grateful to all the doctors and scientists for giving them hope and grateful to the friends, family, communities, neighbors and complete strangers who help fund our research. The development of gene therapy and drug discovery costs between 5 and 8 million dollars. The CMT4B3 Research Foundation is made up of 100% volunteers without salaries or overheads. The running costs are covered by the co-founders, so 100% of donations go to research.

It is the only foundation leading research for patients and families battling CMT4B3 and associated neurological disorders. Click here to see their story.

Please help them in any way you can!
Send your contributions to hunterstribe.org

LA County sees number of babies with syphilis on the rise

One Cocktail a Day: The Medicinal History of Alcohol as Medicine